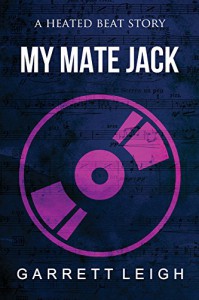 I've never been to Ibiza but it's amusing how people mention the island once and again in books, TV and movies. What I usually hear about Ibiza is "DJs, Paris Hilton, balconing and cruisers". I guess it's about time I go for a visit if only to change that opinion. All those British people can't be wrong when they keep coming, right? It's not as if we forced them to. Still, I have always been fond of Medieval or Imperial cities, nightlife and beaches are not that attractive to me in comparison.

Anyway, I had the feeling Garrett Leigh would drag us to Ibiza somehow, in a Woody Allen's sort of way (when Javier managed to drag Scarlett and Rebecca to Oviedo in Vicky Cristina Barcelona), because she and her British compatriot (yes, Suki Fleet) kept giving signals about it (saying more than once the character's parents are retired in Spain, and sometimes, they are more specific).

But don't get me wrong. I kept hearing any of the Baleares archipelago's island now and then, but I have never actually seen it in action, and that's why this story was innovative for me. I can seriously admit it's the first book I've read with the characters actually falling in love in Ibiza (amongst other places) and I celebrate that. I feel it as exotic as the next person, if I'm honest.

Anyway, stop babbling. First of all, I expected this book to me MUCH WORSE because of the mediocre opinions I had the chance to read from my friends. It's by no means her best book, though. What I find surprising is that, despite it's a novella, I didn't feel it short. I have complained several times about the author's fixation on writing very few pages about stories that deserve many more. But here I didn't feel it that way, I even felt this was a long book. Weird, yeah? I think it's because it's designed to cover the ups and downs through the years, since the friendship is born before the age of ten until they are over twenty. It can be included in the self of the I-have-been-in-love-with-you-since-forever-but-you-are-straight-and-we-will-be-suffering-for-a-decade-or-so-because-we-cannot-face-it-together kind of books.

Unfortunately, I couldn't form a connection with the characters as I would have liked. Most of the time I didn't even like Jack. I must say this can be due to his lack of POV, as he is the opposite of an extroverted person, even if he is apparently outgoing. Still, I've been bonded with characters whose perspective is not displayed, so in fact that is a weak argument.

Do you remember American Beauty when the blondie looks like a whore at first and little by little, she gets rid of the makeup and close to the end we find out she is a virgin and is desperate to be cherished by the one she thinks gives a damn about her? This is how Jack was for me, he is the one who is full of makeup, but things are not as they seem at first. He has an inner need but nobody gives a damn about him, and Will is not able to see it for the most part of the book. He is too focused on himself being the hopeless suitor and mourning about someone he thinks he has never had. And that's admirable because it's blatantly clear Jack only has eyes for Will. But as Lizzie's friend says in Pride and Prejudice, the movie: We are all silly when in love.

To sum up, I recommend this book but I would not recommendit to begin with this author.