I think there is no need to say that I reject every kind of discrimination. But here in this book I was aggravated. Yes, I'm perfectly aware that the world is full of assholes and intolerance, I'm not trying to make light of all those people. However, I also don't tolerate it the other way around. 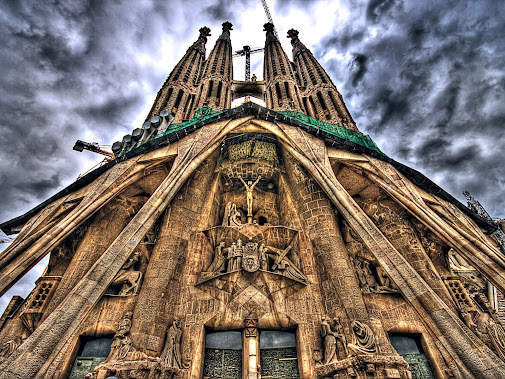 I live in a secular country but 94% of the population is Catholic. 70% are believers, but many more made the First Communion, even if after some time they forget everything about it only to remember it in the day of their wedding. I made the First Communion myself. And... 88% of the population here says that homosexuality should be accepted by society.

So, yes, we have the processions during the Holy Week and we have the Gay Pride Day. People can marry and people can divorce. Gay people can marry, too, since 10 years ago. We watch movies by Almodóvar with all his trans and we also watch über conservative shit. So what? I'm not religious but my culture is Catholic. Spanish History is marked by Catholicism. It's very meaningful that Arabs lived in Spain for 800 years and still Catholicism survived and fought back. We may do things slowly but we do them.

I've visited more castles and cathedrals and churches throughout Spain than I can count. It's historic heritage, after all. It doesn't matter how small the town is, there will always be a church, older than some countries or not, but it's very weird not to find one.

All my grandparents go to church and one of those churches gets full of prostitutes every Sunday. The priest welcomes them and I bet he is proud that the manages to attract the "black sheep" to his mass. What is the problem? 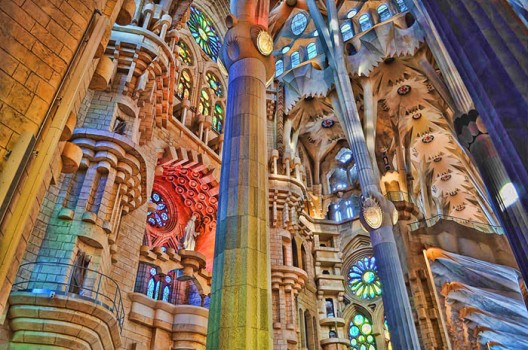 Why every time a Catholic character comes into scene immediately something rings into our head: "Bigotry!"? In my short experience, Catholic people are not the most intolerant out there. Mostly, they let people live. Catholicism is based on love and respect. The thing is, there are some who follow those principles, and there are some who don't. I don't think it's fair that we judge the main majority just due to a bunch of bastards that make too much noise. The USA has a lower percentage of Catholic people, about 24%. How come only 60% of the people in the States say homosexuality should be accepted by society? It's very senseless to say Catholic people are the guilty ones in the hate towards homosexuality, isn't it? Or maybe there are other factors apart from religion that determinate the open-mindedness of people? Can we honestly say that all Jewish, Islamic, Orthodox, Protestant, etc people welcome everybody with open arms? So how come Catholics are always the bad ones? I have some theories myself but I won't explain them here.

In this book I have the feeling this message is drummed into us: not every bigot is Catholic but every Catholic is a bigot. Just stop and think: how many books have you read that a Catholic is included (MCs or family or friends) in it and there are problems of acceptance of homosexuality? It's too much of a coincidence for me that they usually coincide. I have to think really hard to find an example of the opposite.

Yes, I know that the homosexuality marriage became legal in the States just some days ago, and I celebrate. USA has lots of influence, so of course this will spread to other countries. Spreading the equality. But please, let's stop the stereotypes. I bet gay stereotypes annoy real gay men, and religious stereotypes annoy me, too. I have no way to find out if Catholic people in the States are more fanatical or not but my American teacher told me that the people he sees going to the Gay Pride Gay in Madrid are "unthinkable" to be found back at home, he says that "everybody" goes there.