In order to read this book, you have to suspend disbelief.

I had three major problems with this book (Whaaaaaat? Only three?).

Firstly, this is unrealistic. Not a little, or much. Just I-M-P-O-S-S-I-B-L-E. I spent the first 25% rolling my eyes six ways to Sunday (and the rest 75% I managed to combine the eye-rolling with some kind of grumpy acceptance). I was sinking in despair seeing how ridiculous it all was, seeing two grown-up men behaving like teens. Their infatuation lead them to make great mistakes and missteps because they can’t simply control themselves, even when the situation they are in requires a composure none of these guys happen to have a hint about.

Really, I appreciate fiction in my books, but this one goes too far. I was close to taking my eyes out with a spoon to see if they were working correctly. Because I was reading nonsense after nonsense. There was no bottom.

They both have important positions, important jobs, important tasks. Still, they seem to be a pair of totally irresponsible hotheads, drooling over each other when they are supposed to keep a professional distance, a distance they are both masters at, because they’ve spent years of their lives acting that way. Dealing with people. Having professional relationships. It’s not as if they don’t have any practice. However, they struck me as immature kids playing a game together, instead of fulfilling their duties, which are not few.

Yes, I’m aware public personalities are not as perfect as they want to make us believe, but for some reason I couldn’t picture Jack nor Ethan, in the roles they were meant to fit into. I couldn’t picture Jack as the winner of the general elections, I couldn’t picture him as someone with connections, charisma, poise and that astuteness you would expect from a wannabe President of an important country. How did he survive all the sharks in the path towards the White House’s seat? He’s too candid and too trusting for this. He is simply not able to achieve it.

(Come on, you can do this, you are the President!)

And then Ethan… his job seems like a child’s play. I expected his job to be something of utter complexity, but he seemed decaffeinated in his duty, as if it wasn’t challenging at all. As if it required just a little effort, but not much beyond that. I tried to imagine him as a hardened Army guy with lots of experience in his field, but failed. He just doesn’t have that aura. He just seemed too vulnerable, too out of place. He falls for the President and he can’t avoid it nor keep a professional stance.

I’m aware Presidents (and Secret Service people) can cry, too. They are human beings, after all. But please, they are public personalities, they have an image to maintain. They represent a country, after all. It was pathetic. The Russian President had more spine. Even the Chinese guy and the Saudi prince were made of tougher material.

It’s amazing they each got so far in their respective careers, that they could handle all the obstacles and difficulties they surely had to overcome. I don’t mean they can’t be good people or feel affected by the events but their roles are too big for them both. They don’t live up to their reputations.

(Pretend, you fool, pretend you are someone)

I was driven to despair for most of the book. I’m serious. I was pulling my hair, rolling my eyes, crying in disappointment. This is so unrealistic I couldn’t believe what I was reading. I pushed and pushed, making a great effort to finish this book, but with each passing page I was more and more traumatized.

I’ve not read many political books (but I do watch movies) because I’m not into thrillers but this was so perfect, so idealistic: the bad guy is very bad, the friends are all so good and supportive, the conclusion is so fairy-tale. Everything is so neat, so ideal, so black-and-white. When the big secret comes out, there is a scandal for a short while. They are so honest and morally strong and brave. Then everybody is happy with it all. Only a grumpy guy or two. Ugh? A pink ribbon or something similar would have been the icing on the cake in this madness. 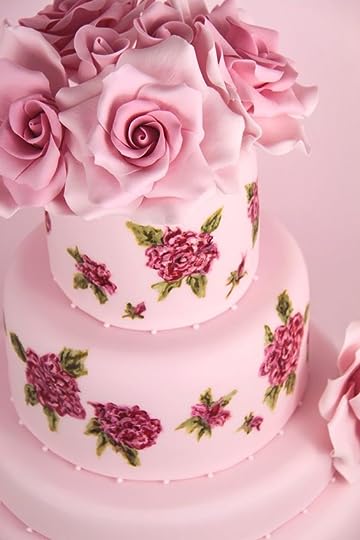 This felt like a movie but not a serious one. I expected Q to appear all of a sudden to show off the new devices he has invented since the last mission and saying “Please, return the car in one piece”. With the difference that his movie doesn’t have the same charm Roger Moore’s films had.

Secondly, this major problem is only mine to blame for, but it didn’t help. My mind makes funny things sometimes. I plead guilty! I’m going to regret explaining it here and you are definitely going to hate me, but here it goes: I began comparing it with real life. For real. I began thinking about George W. Bush in this role. No kidding, I couldn’t erase that pic from my head. I began imagining Bush having a gay affair and now and then this thought came out in the most unexpected moments and I began giggling stupidly. Then I imagined Reagan. Or Donald Trump.

It’s not that a President can’t be gay, it’s just that the prospect of imagining the sexual life of certain people is bizarre at least. I prefer not thinking about their private lives at all. But I can only speak about myself, maybe some people do.

Then I did something worse, I imagined this situation in my own country. There are shipping stories with wannabe Presidents in my country (no joking here, and please, don’t ask how did that ever happen). What, you don’t believe it? 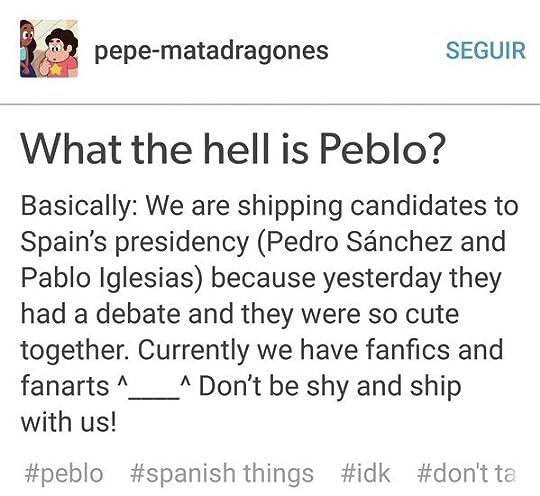 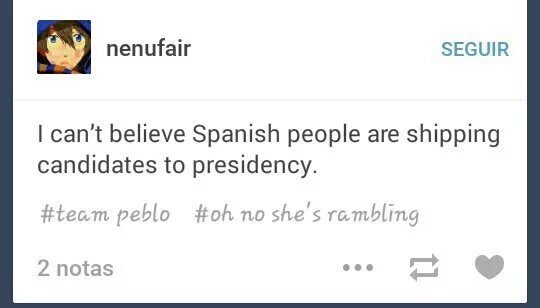 In this book, I find I’m ruined for future Presidential books. My bad. 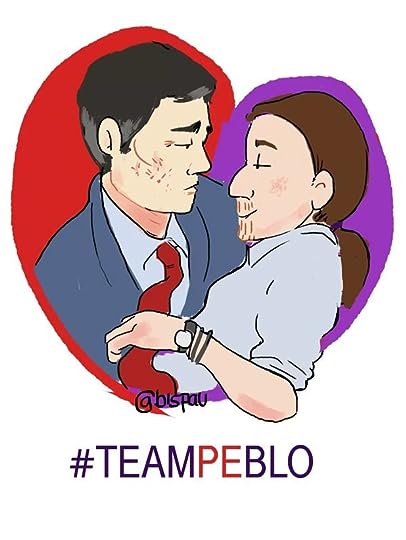 (This is the only pic I’m going to post about this, I’m trying to control myself, dammit! And only a cartoon, reality is too creepy to tell)

I will draw a veil over this.

My third issue is this premise, or better said, the absence of this premise: you not only have to tell me you are good, you have to demonstrate you are good. Replace “good” with every word you can come up with: “clever”, “cool”, “strong”, “powerful”, etc.

Well, the characters and the narrator are talking all the time about how wonderful, awesome and effective USA is in every field you can think of.

If that’s true, then how is it possible they had so much shit in their politics and government and everything under the sun? How is it possible they ended up making a fool of themselves in front of everyone, with so many corrupted and powerful personalities manipulating so many people for so long… everything behind the President’s back, behind many important people’s backs! For years! And nobody suspects a thing! Only the Chinese guy and the Saudi prince and even the Russian President suspect something is off! Really! It’s worrisome!

The President is the best one in years, the Secret Service is infallible, the counselors are the most prepared people on Earth…

Is that the impression you want to give the readers about how awesome they all are? Because you are proving the opposite with these actions! Words are words, nothing. Actions are the ones that count. And here actions were crappy, at least.

However, the worst thing is that bad people are laughable. How did these idiots maintain the secret from everybody? It’s absurd. I knew for ages who the traitors were, who the moles were. And I suck at mysteries, everybody knows who the assassin is before I do. But here, I knew it before everybody else. They are supposed to be experts! I was never impressed. The nemesis is ridiculous.

I was thinking “This can't be happening” all the time.

I was in a constant state of facepalm.

This was a comedy, not a thriller.

This was a caricature of itself.

Now, about the love story. It was a gay-for-you. Jack Spiers is a widower, and he didn’t feel attraction to men. Until he meets Ethan. Well, that’s not true, after Ethan makes the move. Before that, Jack considers Ethan his best friend. That’s it.

I admit there were moments in which I smiled but still, the chemistry was off to me. I couldn’t believe the gay-for-you thing. Their relationship is more about “telling” than about “showing”. The sex scenes were cold and forced. I didn’t get the vibes I’d like to get.

Yes, I kept reading because of them, because they kept me interested, but I was never entirely captivated.

To sum it up, it was a total miss for me.