Some characters are not built in order to be loved. They are supposed to be rejected, to be disgusting, to be considered monsters.

Gabriel is composed of that intrinsically dark matter real monsters are made. Rapists. Torturers. Murderers. People who don't feel guilt. Or enjoy making people suffer disregarding the other person's integrity and existence as a human being. Antisocial personality disorder, that sort of issues. Or what people usually know as 'psychos'. It's not that he enjoys hurting or humiliating people for the sake of it. He just doesn't stop to ponder whether or not his obsession or actions are bordering on insanity, and if he did, it would not be a matter to worry about, because he has already made up his mind. He wants it and the only question is how to get it. That's all. The prospect of whether or not the other person has the right to say something in the matter is just absent. He loves his father, in all the sense of the word, and that's all the permission he needs, notwithstanding what his very own father wants or doesn't want.

He knows the rules, he knows how to fit into society, he knows how to play the role. He knows them in order to know how to skip and avoid them. He's not sorry, he doesn't feel regrets, not because he doesn't want to, but because they simply don't exist. He doesn't feel what he does is morally bad, not been what that means. However, he hasn't lost the grasp on reality. He knows his obsession is one to be hidden, one society would ever accept, but he's apart from all of that, rules are beneath him, there is no reason why he should give up on it.

The love for his father deems irresistible and he only wants to revel in it, to achieve it no matter the cost, even if he destroys it by acting upon it. The ends are so compelling he doesn't even try to give any resistance. The means are only a nuisance, something he's forced to go through but which don't strike him as something to consider even for a moment. Not only to consider if they are justified or not, bad or good. Just, not worth to waste your time in even thinking in them.

You just want it. Everything else is irrelevant. 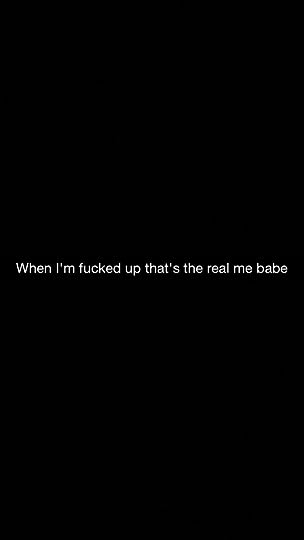 His voice is intriguingly seductive. It's not often we get to be inside the rawness of the mentally unstable antihero's head. It lures you into a trap. You resist but you cannot help it. You fall for him since the very beginning, since the very hint he's not exactly alright. He doesn't want to win your heart, he just states a fact with his creepily unashamed outlook on things, and you go for it.

You not only feel empathy, you even feel sympathy, for him. Compassion. Comprehension. Protectiveness.

The writing is so clever, so subtle and delicate, that you realize it's happening in front of your very eyes, since the very first scene, and you still take the bait nonetheless, disgusted and fascinated in equal parts.

There is beauty in perversion.

That's when you feel embarrassed because despite his own lack of humanity, you find out you are able to feel such things for him. To suffer for him. The need to comfort him. To love him. To save him from all harm.

And what does it say about you?

Nothing good. You are a sick bastard, too.

Gabriel is sick and twisted, and so much so. You are pushed out of your comfort zone constantly, being forced to witness his utter enthrallment for one person and one person only. Not a person per se, but the idea of a person.

The idea of a father.

You are repulsed to no end by what he does and how he does it and the reasons why he does it are so childish and strikingly tender he tempts you to forgive him. He's as tantalizing as that, a handsome devil who shows his own nakedness to the reader. He displays his true vulnerability with the most depraved of acts, with the most destructive of loves. He shatters his object of devotion and he shatters himself in the process, but that is collateral damage. It's a tragedy, but the alternative of letting go, of giving a different closure, it even more fateful. So, no secondary roads. His underdeveloped emotional sphere takes the reins of the situation and leaves all stability and sensibility behind. He is aware there is a expiration date but he does nothing to prevent it. He looks forward to it, even.

But the worst thing is, people around him are not immune. 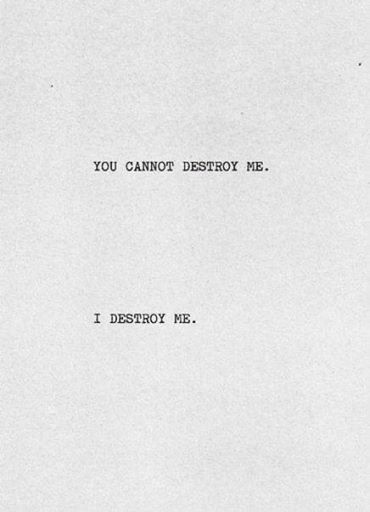 The compulsion is stronger. 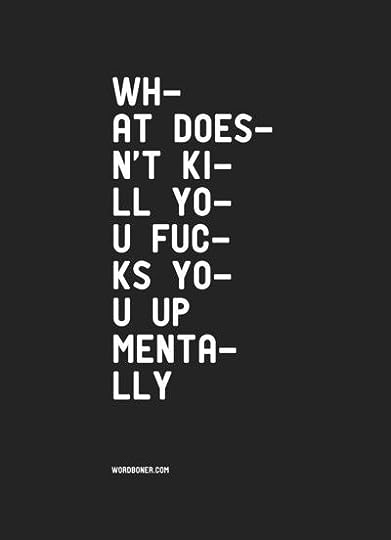