I thought I wouldn't enjoy this... in the end it was just ok The ending saved the book for me.

Strange thing to say, because it ends in a cliffhanger. But a merciful one, if that sort ever exists.

One of the most remarkable aspects of this book is the length. The book information says it’s less than 200 pages but it feels like more than 400. And I noticed because the style didn’t exactly drag me in. It was pleasant enough, but it’s a long way from saying it was captivating or that I couldn’t put it down. Because I was distracted too easily.

The strong asset of this book is the blurb, even if it’s a way too familiar story. At least for me. Yes, the journalist falling in love with the Prince and heir of the Crown has already happened in real life. In Spain, that is. Still, it’s something that seriously draws your attention and your curiousity arises in order to see how this is going to go. 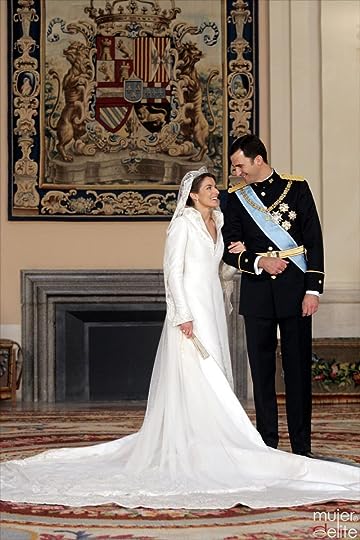 However, the world is different. It's like a nowadays story but in a parallel dimension. There is Internet, and smartphones, and forums. They mention the Commonwealth but not the EU, the homosexual marriage doesn't exist yet, and the kings’ and queens’ names don’t coincide. Needless to say, the gay issue is another little detail that gives drama to the story.

The forbidden love story. For so many reasons.

There is an obvious sexual tension and that’s what makes it interesting. There is chemistry between the characters, and the sex pays it off. They can get creative and imaginative in the middle of all the restrictions they find in order to have a normal relationship. They have to “date” each other in secret, and the less people know about it, the better. That doesn’t mean they don’t make up for it with everything in their record. And the author makes you want to glimpse more of them together.

But beyond that, the story is pretty average. It pains me to say so, because I really enjoyed the story, but in fact, it’s quite forgettable after a while. Meh, almost.

Close to the end, I feared there would be a Big Denial of their feelings/relationship and that the characters would turn Too Stupid To Live, but in fact, the author managed a turn of events that surprised me and awoke me from the numbness of the story. Yes, it’s the ending what convinced me the book was a good one.

***Copy provided by the publisher via NetGalley in exchange for an honest review.***