Not as good as the first book.

I didn’t expect things to keep being the way they were. Of course I expected a change. It was only logical.

When the apocalypses comes, people go like bat out hell. Needs are more urgent, more basic. The kind of: running away from death and seek food and essentials. This was book #1.

Once these needs are more or less covered, when danger is more or less away, survivors long for and seek other things: a safe place, a society, a shelter. They wonder about the tomorrow. About the future. All in all, a place to thrive. This is book #2.

When they find it, they have to adapt and live in that new society, which tries to be as similar to the one before the ‘end of the world’, but still there are changes that are to be accepted, and improved, if possible. It’s a re-learn of how to live again in a more or less ‘normal’ and ‘functional’ way. I guess that will be book #3.

So I couldn’t exactly assume this book was going to be like the previous one.

Still, I missed things. So many things. I think it was a neat book, but it could have been much better, IMO.

The first book was thrilling, sexy, funny, exciting. And so fulfilling in the emotional sense.

Here it was all… off.

The pace is much more slower, and I don’t complain. I was pleasantly surprised that they spend the whole plot in the sea, on a boat, making incursions in the coast in order to be provided with food, water and fuel.

And Adam looking pretty on a boat...

But that doesn’t mean they are free of challenges. They not only have to survive the shortage of supplies, but also the risk of meeting people you cannot trust until proved wrong.

It’s not easy to drag the action in only one place with such an hermetic environment and a limited number of characters and interactions, all of that in a rhythm that avoided me from getting bored. So I congratulate Keira for achieving it.

Man is a wolf to man, after all.

Josy says Parker’s sense of humor is missing. I agree, he was more bitter, more cynical, although I don’t mind that very much. Maybe because I read the first book a year ago, so I don’t see the sheer contrast as clearly as I should.

One of the strongest assets in the first book was the chemistry. The sex was dirty and exciting. The relationship was very sexy even when they weren’t having sex. The banter, the smiles, the glances, Adam’s beast taking the reins, Parker’s cheeky attitude… Now, I did miss all of that.

To my surprise, that compelling atmosphere that used to surround them here is not only uninspiring but even anticlimatic. I’m not happy to say I was let down. Even the most daring scenes were… out of place, like very far away. Told as if they were happening to other people. Yes, I’m talking about the

However, I’m so into these characters and their story that I can only say I’m eager to keep reading their adventures.

I read this with my twin monster Josy! 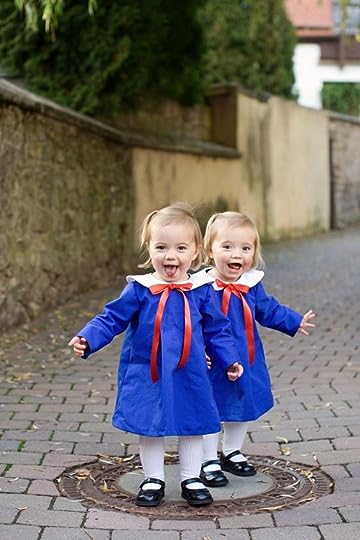