Beware of the horse.

Beware of the birds.

But beware of yourself first.

You can never know. The psyche works in mysterious ways.

Well, that was all sorts of spectacular.

There are moments like these in which I realize Klune is not just a good M/M romance writer. But he is a good writer. His stories show off a utter complexity formed with a layer and a layer, and a layer beneath, that they become a solid and bullet-proof cloth with apparently no effort. It just flows. They become something tangible, something real.

The book is marvelous. I was hooked and couldn’t let go. Mike’s voice is compelling and inquisitive. There are questions, questions, questions, and wrong, wrong, WRONG signs. From all directions: up and down, right and left, from the inside, from the outside. I felt chills during most of the time. It definitely put me on edge. It surely drove me crazy.

Unfortunately, I don’t think this is the most romantic story written by Klune. Moreover, what dazzled me was everything that was not love. Everything else. Like… everything in the end? I know it doesn’t speak high of the book, because chances are people wanna know whether or not this is a good romance. Well, the romance is sweet, friends becoming lovers so very slowly, trust and friendship taking an eternal meaning. Yes, I enjoyed it pretty much. But it’s eclipsed by the utter magneficience of everything else. Which is like, the most important part of the book. For me, the romance was a secondary plot, even though the MC’s motivations are truly led by this strong emotion. His decisions are driven by love at its purest sense. So I guess that’s why Klune said this was his most romantic novel. However, I also have to admit I got more love feelz in other novels of his.

I have no way to classify this story. There is no corseted genre in the M/M romance with whom I could compare this book. The blurb leads you to believe this is historical, but I dare to say that’s not it, not exactly. I’d say it’s more fantastical than historical. No, not unicorns to be seen, but believe me, very weird things happen here. You can never let your mind rest in peace, because you never know when and how the next blow will come. And I promise you this, it will come, in a way or the other, but it will. One after the other. KO after KO.

Sends shivers down my spine, body’s aching all the time...

Although you get hints and clues, you cannot entirely grasp what’s going on, and that was a powerful incentive to go on by itself.

But what a hell of a trip! This maelstrom in Mike’s head surely sucks you in. No escape.

Everything was spot-on. Every question unveiled. Every mystery unfolded. Everything was ok. More than ok. Superb. Spectacular. Mindfuck. And reaching the climax, reaching the climax, reaching the CLIMAX… puff. I mean, that ending? I admit I had issues with that last 5%. I rebelled against the idea. It didn’t sit right with me. It didn’t agree with me. So I let some time pass. I let myself ponder it. Chew on it. Sleep on it. And you know what? I like that ending more and more with each passing day. Funny that.

Visions. Voices. Hallucinations. Memories. Memories lapses. Reminiscences of a past which doesn’t begin to be understandable. Dreams that sound like experiences. Experiences which seem taken out of a dream. Surrealism. Hyper-realism.

And when the inquisitive man finally gets out of the cave… is he the wise man or is he the mad man? Will he ever be able to get back to was it used to be, to erase everything that came after that exact momento in which he began realizing there was something else, something more, something not quite right? Everything that used to be a major truth is losing its reliability. Every reference point is upside down. What to believe? What to trust? And the most important question: What is real here? What is an illusion?

Amorea. I think it sounds like amor. Not only because of Mike and because of Sean. Sean and Mike. But because everything was lovely here. Most of the time, so much so. So much so to be true. 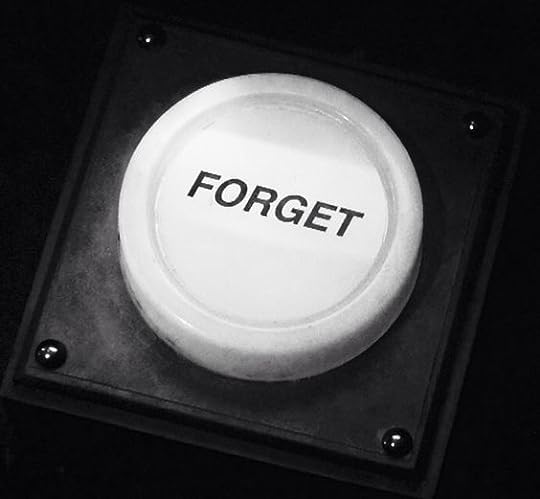